I love the color, darkness of the event hall, that it literally made a difference in the images taken here for Hillary & Terrell’s wedding. However, the story doesn’t start here. Let’s rewind 6 hours before we got here 🙂

The day starts here at the Hampton Inn & Suites. Both the Bride and Groom got ready at one location (which is always a blessing when it’s only one photographer). They both were a floor apart so keeping them apart and not seeing each other was not a problem.

Since the day was gonna be a mess, because of all the traveling we had to do (later on this). I headed straight to the boys and told them to start getting ready. Once the boys were in the suite and photos captured, I headed up to Hillary. Brides usually take longer because they got so many details to go through than the boys.

The girl’s room was a bit smaller, but the bedroom looked epic. I loved the moody vibe it was giving off. I didn’t spend too much time on the details here, because we were already running out of time and Hillary wanted to stage some shots she had on her list. So I quickly got the dress, took a shot of that, headed back to the room to get makeup, and finally do her shots she wanted.

We have decided early the week since the hotel didn’t really have an ideal background for a first look we would drive down to Lillian Web Park in Norcross. Once Hillary was in her dress, and I got the shots she wanted, I quickly called Terrell and said “Meet at the park now”.

I gave them a few minute’s heads start because Hillary was not supposed to see him until she got to the park. I also headed out within a few minutes since I had to get them together and check out how the area. First time there and I was a bit afraid.

My fear came real. The park was packed! It was the weekend, and the spots I choose was crawling with humans!!! It was gonna be very hard to avoid any humans in the background with a park this busy. I quickly got Terrell standing in the spot, and told one of his groomsmen to make sure nobody walks in the front.

Hillary just made it, and I got her settled up. A few strangers walking in the background and ask them to step aside just for a few minutes. And finally, they had their first look.

We pretty much did all the portraits here, the couple’s portrait, the bridal party, and the family formals. Hillary and I both knew that we were not gonna have enough time once we got to the Breckinridge Banquet Hall.

Finally time for the wedding. Which took place at the Breckinridge Banquet Hall in Duluth, GA. No more running around! Now we stay put in one location and capture the rest of the story.

The ceremony is most common from all the weddings I covered, so I won’t get into much detail here. But like I said before, I loved the banquet hall giving off that moody vibe so I captured it according to the vibe 🙂

The ceremony usually only last about 30 minutes (at least for most) so we didn’t stay there too long. Once ceremony was done, everyone headed upstairs to their suites to rest up a bit and get ready for the grand entrances.

While that was going, I went ahead and setup my lights to make sure I had enough light coverage to cover the entire upstairs. I really wanted to focus on bringing out the ambient lights the event hall was giving off, so I tried not to over expose the images too much.

I may be the only photographer who looks up but, I just love the way the top half of the event hall was decorated. It sure reminds me of the Dennis Vineyard Wedding, and I tried my best to make use of it. But with so much going on, I couldn’t pull off an epic end shot 🙁

Hillary & Terrell had an sparkler exit right outside the entrance to the Breckinridge Hall, and no matter how many times, I have shot the sparkler exit, they always ask “What do we do now?” when they get to the end.

It’s a great question matter of fact, and I am not angry about it, but it’s common with all couples. I always tell them to let’s make use of the sparkler and go back and do it again. That way, both the photographer and videographers have a second chance of getting the shot correct.

And that’s my story for my wedding coverage at the Breckinridge Banquet Hall in Duluth, GA. If your thinking about having a wedding there, well you know what to do 🙂 And as always, makes sure you check out the Full Gallery HERE! 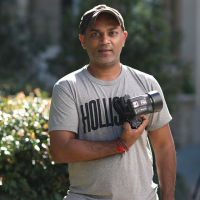 An MMORPG gamer, with high addiction to drinking coffee and tea while slaying my foes online... RAWR!!! Health Potions anyone? Oh, and I do wedding photography as well haha.. Let's chat and see if we can play together well! ⚔️⚔️